Why I make art 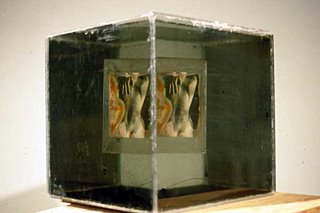 I did art as a kid, and was never much praised for it - at least that's how I remember it, although a few instances stand out as different from that perception. As kids we were required to take art classes in school (I don't think that is the case any longer - shame on the school system). I seem to recall that I didn't get much in the way of praise in those classes. However, I did love doing bread doll Christmas ornaments. I also won a couple of awards, one for a ceramic tile with a horse (that was an award from the art show at the Houston Rodeo - those from Texas know what I mean). The other was actually a science fair award for a book on koala bears, with drawings and a small sculptured koala bear. So maybe, rooted deeply in there is some approval of sculptural endeavors. 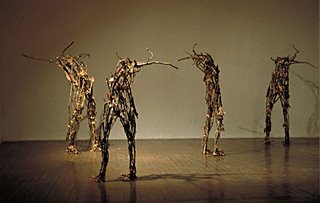 I studied architecture in undergrad (the acceptable form of sculpture?) and although I loved the fuzzy design courses, the engineering stuff - especially the structural math classes - were some mind twisters. My fourth year I decided I didn't want to waste away spending years drafting strip malls. So I talked to my advisor and talked him into letting me finish off with 'independent study.' I took early (I mean early) computer graphics courses, and a lot of photography classes.

After school I went on to work with a wonderful couple who had a business doing on screen presentations for a lot of tech-y companies. We installed some pretty mind-blowing stuff (for the time) for some big computer conferences. During this job I got this weird itch to make art - the CG stuff just wasn't 'real' enough for me, it didn't exist in the three dimensional world. So I did some painting, and one day picked up some clay at the art store. I was hooked. The first time I did a little sculpture (I am really not going to tell you what it was) I feel in love with the medium of sculpture. 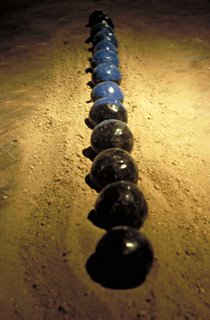 A few months later I realized (more like being struck by a bolt of lightening) that I wanted to do sculpture. I figured out that I could apply to grad schools with my photo portfolio and then switch to sculpture over time. So that's what I did. And I have never really looked back.

So that's how I got here. Next time we will talk more about where here is.
Posted by esm at 10:01 No comments: 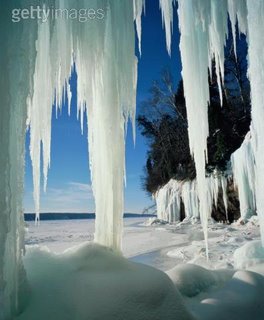 I have taken on a new job, a part time gig, which I start on Wednesday. I want to wait and blog about it after I have notified them that I would be doing so. I might do it as an anonymous thing (like not say what the org is), will have to think about it. I can tell you that it is a wonderful arts organization here in NYC, and I will be working with these two great and strong women who are doing some wonderful things to help artists succeed. (Why are there soooo many women in arts administration positions given the dearth of women artists making money and being shown?) 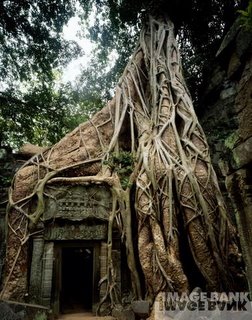 I have also been making some promises and sticking to them. One of the promises is a certain amount of studio time each week. I am currently dividing the time between the soma series of large scale drawings and the crystalline series (both working titles). The soma series is that large series of layered pieces I have been talking about for a while. Well I got three of them drawn and am on the first layer of the fourth drawing. I have also done a bunch of samples of paste ups (like 10 different mixtures) and finally found that the Plaid Mod Podge for paper works best. I will use the matte for the gluing, and then build up a multi layer external coat with the gloss. I really wanted to use the gel medium, but it eats away the graphite, and I can't stand the idea of having to spray an 8'x4' drawing of 3 layers with fixative in the tiny little studio space. I also sold the first of the crystalline series at the NurtureArt gala. Apparantly the buyer didn't want to share their information with me, which I think is, well, sad. So if you bought it, let me know! I am doing more, more, more of those! 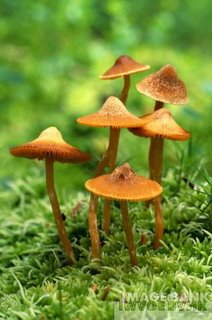 Y'all may or may not be glad to hear that my new promises include blogging more! You are going to get to learn a lot more about what I am doing, and why (yikes!) over the next few weeks. So I won't spoil it by telling you too much just yet. Besides, I need to come up with some pictures to include since otherwise it will get kind of boring. 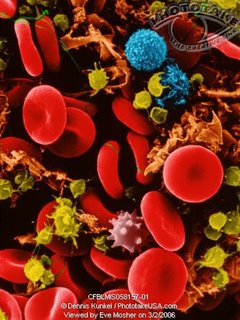 Okay, consider yourself warned.
Posted by esm at 16:57 No comments: