A smattering of a lot of things

Had a number of things I wanted to comment on, some may or may not develop into further, longer posts.

First up 'Artists have all the fun' - I had this idea for a street art piece (I do a number of different projects that are 'street' oriented, usually under a psuedonymn). This piece was to search for open bluetooth lines our on the street or on the subway. In any given crowded car I can usually find one or two open bluetooth connections. I would then send a picture or a poem to these open phones. I tried it out a bit last week and it worked out well, since most people don't understand their bluetooth and are always surprised to get a message on the train. Here's the post-able part. (It's the age old argument of why is art that which an artist claims is art). If I do this project and say, oh its an art project... but a hacker does it and sends messages to people over their open connections, then, well its a hack or an invasion of privacy? I am pretty sure I could find tons of discussions on this out on the internet, but I just thought I would throw out a new twist on the argument. Okay, now that I have written it, it doesn't seem so interesting. 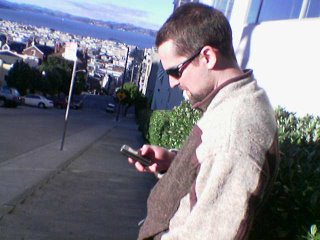 Next, finally Simon Doonan gets his say in the apparent pariah-making to which he has been subjected by Jack Pierson and Cheim & Reid. I saw early postings regarding this and thought it was beyond ridiculous. Not only are the Pierson works in and of themselves not terribly original, it is completely beyond absurd that it was taken to the level of vitriol that it was. Hooray for Simon Doonan for pointing out the silliness of the claims and the obvious publicity boost which the artist and gallery have received. 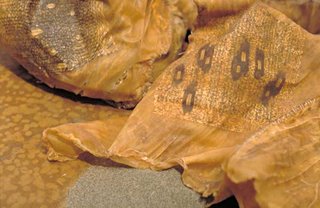 Finally, the fascination with the 'young' as profiled in the Times piece on the MFA shows, and discussed on Edward Winkleman's blog is gross and damaging. As much as I wanted to receive notice in grad school (and I did quite well thank you despite the mini recession we were experiencing) I was also really afraid of it and hesitant to put myself out to much. I just kept thinking about how it is a known joke that those who were super popular in high school fizzle out quickly thereafter. I do appreaciate the mention that the grad schools don't teach enough about the commercial art world (I think this is an important and sadly lacking feature of MFA programs), but I shudder to think the negative impact of being 'discovered' too young.

Sorry these aren't better thought out, I am excessively tired this morning...

Architecture is a longer haul, career-wise because you have to convince someone to spend tens (usually hundreds) of thousands of dollars on your first project. (And if it falls down, people die.) No wonder so many arch-stars get their start building homes for their parents.