When art becomes "something useful and or valued" 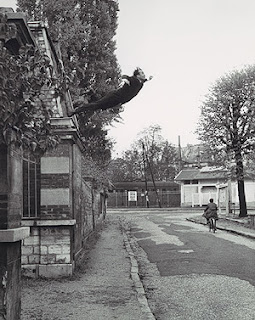 
So I am thinking about how to create a new paradigm for supporting the arts - is it modeled as a mix between artistshare, artist pension trust and creative capital grantmaking? If you have specific thoughts, or want to join in the larger conversation (I am putting together a group of interested individuals to have a larger discussion), then leave a comment.


images from top to bottom:
yves klein, "jumping into the void"
aaron landsman, image from "Gatz" performance by Elevator Repair Service
lise brenner, matrix from "The City from a Plant's Perspective: Mapping NYC as Native Flora"
michael heizer, "double negative"
richard long, "a line made by walking"
eve s. mosher, "HighWaterLine"
stephanie skaff, "Make Me One with Everything"